Spectrophotometry is quantitative study. It is one of the most useful tools that offers high degree of precision, sensitivity, and accuracy.

In addition, it is inexpensive method for measurement and analysis of variety of substances.

Spectrophotometer is photometer that can measures intensity of the light as its function.

This technique has various applications from scientific research to forensic examinations.

NMR relies on the behavior of atomic nuclei as a small magnet and their alignment with an external magnetic field.

Spectrophotometry is carried out by an instrument, spectrophotometer for the quantitative measurement of reflection or transmission properties of a material as a function of wavelength.

It deals with visible light, near ultraviolet, and infrared region of the electromagnetic spectrum offering high degree of precision, sensitivity, and accuracy.

These techniques have long been employed as tool for probing structure and intramolecular interactions of biomolecules.

Spectrophotometers are classified on the basis of types of measurement techniques involved, wavelengths at which they work, a way how they acquire spectrum, and sources of variation in the intensity.

They are used for the quantitative measurement of reflection or/and transmission properties of substance.

Important features of spectrophotometers include measurements of spectral bandwidth and linear range of absorption as well as amount of light that a sample absorbs.

The instrument operates by passing a beam of light through a sample and measuring the intensity of light reaching detector.

These excited electrons return to ground state emitting radiations of specific wavelength, which in turn gives rise to spectroscopic phenomenon.

Various changes in the energy levels of electrons occur due to absorption or emission of the distinct quanta of radiations called absorption and emission spectra, respectively.

The frequency of the wave is proportional to the energy of the particle. Charged particles act as energy transporters as photons are emitted and absorbed by them. The energy per photon is given as,

Where, E= the energy of radiation absorbed or emitted by the particle (E = E1 – E2),

E1 = the energy of electron in the original level

E2 = the energy of electron in the final level

Electromagnetic spectrum is a range of all possible frequencies of electromagnetic radiations emitted or absorbed by particular object. EM waves are described by frequency, wavelength, or photon energy.

It is determined by electron transitions between different energy levels in an atom and differential energies for those transitions. 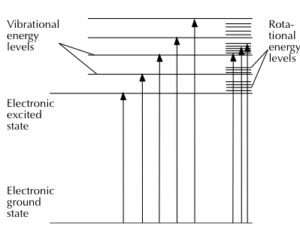 Figure 1 Vibrational and rotational energy level of an atom

I = intensity of the incident radiation

Io = intensity of the transmitted radiation

The extent of radiation absorption is referred to as absorbance (A) or extinction (E), which is equal to the logarithm of the reciprocal of the transmittance, as shown below.

The Beer-Lambert law states that the extinction is proportional to concentration of the absorbing substance and to the thickness of the layer, i.e.

There are few circumstances when the Beer-Lambert law is not valid such as, ionization or polymerization of specimen at higher concentrations, coagulation of specimen, and susceptibility of the instruments to stray radiations.

Spectrophotometer is formed by combining two instruments, spectrometer for producing light of different wavelengths, and photometer for measuring the intensity of light.

Instruments are arranged so that liquid in a cuvette can be placed between spectrometer beam and photometer. The amount of light passing through the tube is measured by the photometer.

Photometer delivers a voltage signal to a display device, which is generally a galvanometer. The signal changes as the amount of light absorbed by the liquid changes.

Login or register with your social accounts or with your email address.